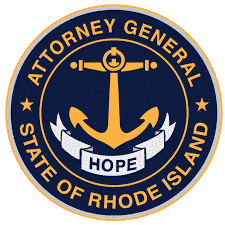 Rhode Island’s share of the settlement is part of a larger $700 million settlement that Reckitt has paid to resolve various civil fraud allegations impacting Medicaid and other government healthcare programs.

Suboxone is a drug approved for use by people recovering from opioid addiction to avoid or reduce withdrawal symptoms while they undergo treatment. Suboxone and its active ingredient, buprenorphine, are powerful and addictive opioids.

Reckitt is an English public limited company headquartered in Slough, England. Until Dec. 23, 2014, Reckitt’s wholly owned subsidiary Indivior Inc. (then known as Reckitt Benckiser Pharmaceuticals, Inc.) distributed, marketed, and sold Suboxone Sublingual Tablets and Suboxone Sublingual Film in the United States. In Dec. 2014, Reckitt spun off Indivior Inc. The settlement described in this statement is with Reckitt only.

The state alleged that from 2010 through 2014, Reckitt, directly or through its subsidiaries, knowingly:

A National Association of Medicaid Fraud Control Units (“NAMFCU”) Team, of which Rhode Island is part, participated in the investigation and in settlement negotiations.

Learn more about the Medical Fraud and Patient Abuse Unit at the Rhode Island Office of the Attorney General.