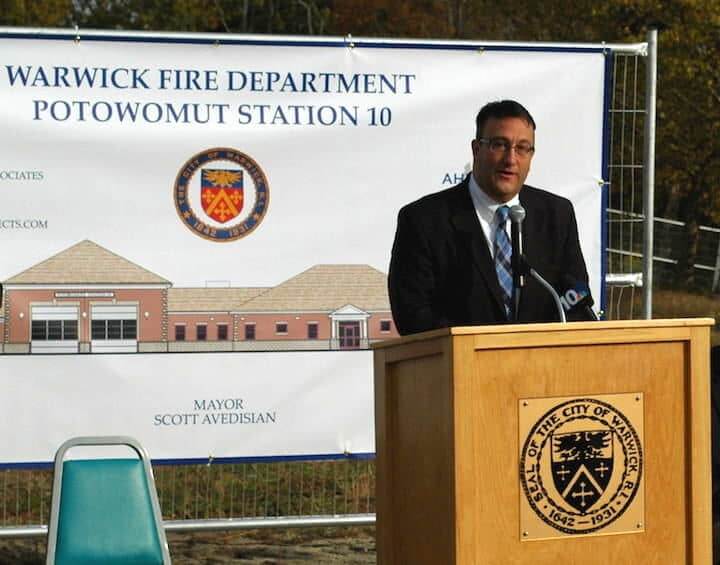 “As I mentioned before and I’ll mention again, probably for the last time here, as a council member, that budgets for the city are not made with one vote in May. They’re made throughout the year, or, years.”

Merolla elaborated on his future plans on his Facebook page June 4 with an official announcement of his run for the General Assembly seat.

“I’ve been proud to serve our community as a City Councilman and as Council President and I recently announced that I am going to run for State Senate here in District 31,” Merolla wrote in a statement posted to the page.

Merolla reminicsed about his observations of community in Warwick during the Blizzard of ’78, when his neighbors cooperated to get him and a bus full of neighborhood kids home in a VW bug after their bus was stranded at a gas station.

Merolla said more of that spirit of community, respect and concern for others is needed with the current COVID-19 pandemic.

“We forget that we’re all here to help one another,” Merolla said.

The Dist. 31 seat is currently held by Senator Erin Lynch Prata (D – Dist. 31, Warwick, Cranston) who has recently announced her intent to seek Justice Gilbert V. Indelgia’s spot on the RI Supreme Court when he retires at the end of June. The RI State Ethics Commission ruled Prata could pursue the appointment, reasoning it’s a constitutional position, not a state position, and thus not subject to the state’s revolving door rule.

Merolla said he was never concerned with having to run against Lynch Prata, even though he announced his run before the revolving door ruling was settled.

“My understanding from her was that no matter  what, she was not running,” Merolla said.

Similarly, he said, recent clashes between Merolla and Mayor Solomon did not figure into his decision to leave his council seat for the General Assembly. Until recently, he said, he had been planning to run for reelection.

But, the Dist. 31 seat presented an opportunity for Merolla to continue his political career on a bigger stage, and Merolla, a political science major in college who served on Sen. Claiborne Pell’s staff, decided to take his work to the state level.

Merolla pointed out the state’s enormous challenge in restoring its economy following the COVID-19 pandemic-inspired shutdown and continuing restrictions. He said his decades of experience with Warwick’s multi-million dollar budget will come in handy there, though he said winning federal aid will be key to the state weathering the storm.

Merolla said transportation, particularly additional funding for T.F. Green Airport, will be part of his focus. He said he also wants to improve MBTA service to RI, Warwick in particular, so that commuting from the city’s developing City Centre to Boston is truly convenient.

“I think we have 10 trains already, but I don’t think that’s enough for commuters,” Merolla said.

Also, he said, the new pier at Rocky Point provides new transportation opportunities for the city.

“It will require understanding the needs of our communities and having real experience fighting for common-sense policies that protect our seniors, working families and small businesses. If Rhode Island is going to get this right, we need a State Senator who will listen to people, hear their stories, respect their concerns and focus on the vital work of putting together a recovery plan for our state that puts people first,” Merolla wrote in his candidate annoucement.

Merolla said that while the pandemic prevents meeting door-to-door, he is available for questions and to hear concerns at 401-499-4140 or smerolla@merollalaw.com.