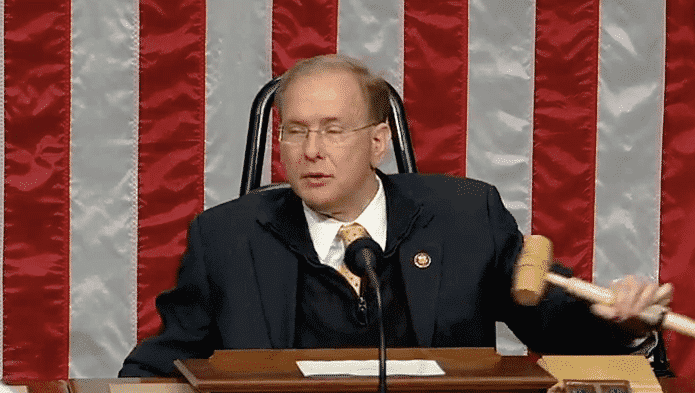 Nationwide protests followed news of Minneapolis police killing George Floyd, with one officer, Derek Chauvin, kneeling on the man’s neck for several minutes. As Floyd pleaded for his life, telling the officers he couldn’t breathe, three other officers watched without intervening.

While peaceful protests spread across the U.S. opposing police violence and police discrimination against black citizens in particular, video and photographs from the demonstrations showed hundreds of examples of police violence against protesters and journalists.

“My heart continues to go out to George Floyd’s loved ones. Sadly, his murder is yet another tragedy driven by racism and discrimination targeting minorities and communities of color. While the vast majority of police officers honor their code to protect and serve, the American people are demanding change to end police brutality and ensure equal treatment under the law. George Floyd’s life mattered, Black Lives Matter, and the countless black lives that have been taken unjustly must be honored with actions, not more rhetoric,” Langevin said in a statement announcing his support for the Justice in Policing Act.

A  Justice in Policing Act of 2020 fact sheet is posted to the U.S. House Judiciary Committee website.

The Justice in Policing Act of 2020 reforms include:

“I’m proud to be an original cosponsor of this transformative legislation because Black Lives Matter, and reform is desperately needed to prevent another tragedy,” Langevin said.