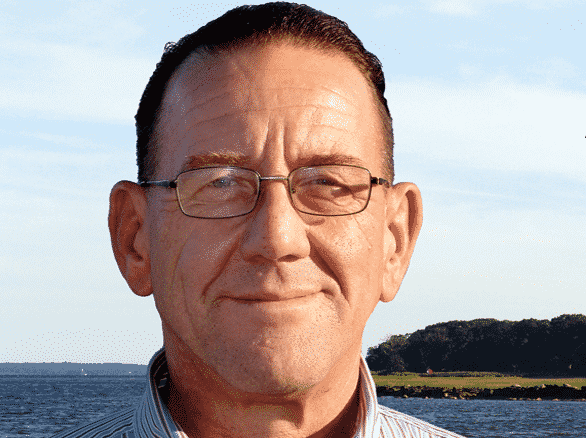 WARWICK, RI — Armand T. Lusi, president of A.F. Lusi Construction, lifelong Warwick resident, has built a lot, and now, transitioning to property management with time on his hands, he’d like to build up Warwick representing Ward 9.

Lusi, the sole Republican running for Ward 9, brings another perk for voters supporting him. Since City Council subcommittees are required to be bipartisan, if he wins the Ward 9 seat, his constituents will have a representative on every subcommittee.

He’s got the time.

As Lusi continues to move from construction to property management, his kids no longer living at home, Lusi said he now has the time to focus his business, project management and knowledge of governmental workings on Warwick’s challenges. He earned a finance degree at Boston University and knows his way around collective bargaining.

“I have multiple properties in the city and I’m very concerned with the financial health of the city,” Lusi said.

Lusi sees great economic opportunities for Warwick, which the city has failed to take advantage of due to an uncertain business climate. The intermodal district, for instance, he said, is zoned for taller buildings and include tax credits that should attract development, but it has only been the site of two projects in the last 20 years:  The Hilton Garden Inn and, in 2017, the Hyatt Place Hotel.

“It has tremendous potential,” Lusi said.

But, a company would be understandably reluctant to invest $20 million on a project when they can’t predict how long the permitting process is going to take, or what their taxes will be when they’re finished.

“The tax assessor should be at the table to say, ‘This is what your taxes are going to be,’ Lusi said.

One of Lusi’s priorities for the city would be to establish a technical review committee that would meet monthly to review business permitting, from small business to large projects, and identify hurdles and snags tying up commerce. Lusi would include the building inspector, Sewer Authority, Water Department and tax assessor on the committee.

Their meetings would be focused, he said, to “See what the holdups are.”

Lusi said he sees potential in the online permitting the city provides now. “I think that can be brought to other areas of the city,” he said.

Lusi also thinks the city could use Tax Increment Financing (TIF) to bring in more businesses and take the tax burden off of homeowners.

“I think we need to expand the commercial tax base in order to slow the increases for residential properties,” Lusi said.

TIF funding subsidizes companies by refunding or diverting a portion of their taxes to help finance development, according to Goodjobsfirst.org:

“As businesses locate in a TIF district and the area redevelops, the property values rise. Rather than simply collecting the increased taxes from TIF district properties, the city splits the property tax revenues into two streams. The first stream is set at the original amount of the property value before redevelopment, known as the “base rate.” This stream continues to go where it did before, typically to the school district or the city’s general fund that pays for local services such as police and fire departments.

The second stream contains the additional tax money generated by the higher property value, or the “tax increment.” This stream does not go to the city or schools, but is kept separate and used to pay for the redevelopment.”

Lusi said one drawback of that approach is the risk of the project not finishing, which he said would need to be anticipated in any local program.

Lusi also vowed to advocate for a stronger use of the City Council’s voice with the city’s representatives and the governor. One current issue he thinks that should be better applied to is the CARES Act COVID-19 relief funding that Gov. Gina M. Raimondo has yet to disburse to city and town governments and businesses, which face enormous revenue shortages in the pandemic-chilled economy.

“The City Council and the Mayor’s office should be petitioning the governor to free up some of the CARES Act money to help Warwick businesses,” Lusi said. Instead, he said, she appears to be keeping it in reserve to balance the state budget.

That strategy is flawed, he said, since it’s the local businesses’ dire straights that are the cause of the state’s looming deficit. With better support to keep businesses running, he said, “They’d be hiring people, they’d be paying state withholding (taxes), they’d be paying property tax,” Lusi said.