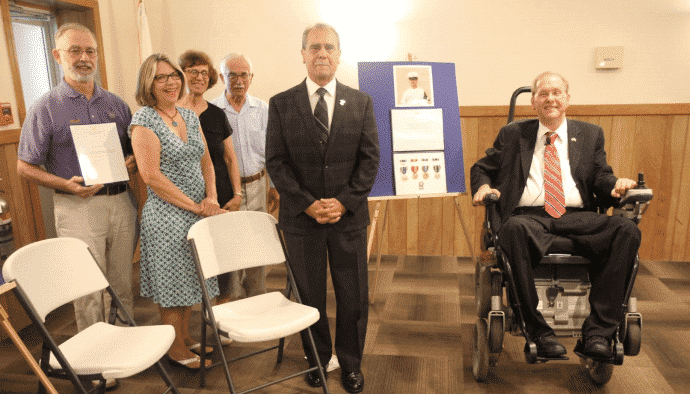 “It is a great honor to commemorate these Rhode Island veterans who have served with distinction and  integrity and dedicated so much to the safety and security of our nation,” said Langevin.“One of my most important duties as a member of Congress is providing our service members and veterans with the support and recognition they deserve. I look forward to concluding my August listening tour with this mission in mind.”

The event is the first of several visits focused on military and veterans issues that Langevin is holding on Aug. 28 and Aug. 30 as part of the Langevin Listening Tour, an initiative Langevin has led through the August congressional district work period to collect feedback and gain insight from constituents.

“Rhode Island has a proud history of producing heroes,” said Kasin J. Yarn, the Director of Veteran’s Affairs for the State of Rhode Island. “Tomorrow’s ceremony is just another illustration of that. I applaud Congressman Langevin’s efforts to ensure these warriors and their families get the recognition they’ve earned and so thoroughly deserve,” Yarn said. Langevin-Medal-Presentation-Aug.-28-2018