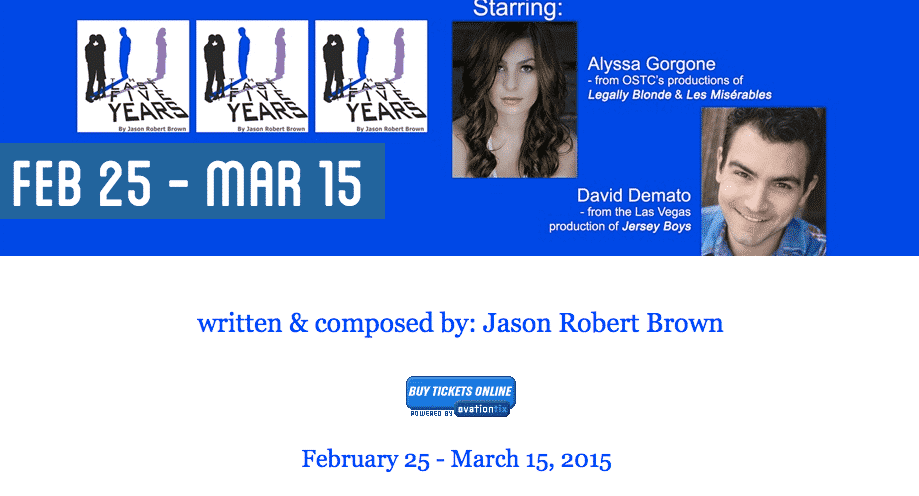 Warwick, RI – Ocean State Theatre patrons get treated to the intense musical chronicle of a five year relationship, start to finish and vice versa, starting Feb. 25, with adult content and language, in “The Last Five Years”.

Written by Jason Robert Brown, the Drama Desk winner The Last Five Years is a contemporary song-cycle musical exploring five years of a relationship between a writer and an actress, told from both points of view – his going forwards and hers going backwards. The story ranges from meeting to break-up… and from break-up to meeting.

The theatre is located at 1245 Jefferson Boulevard, Warwick, RI. Tickets are $39 for preview performances and $39-$54 for all other performances.