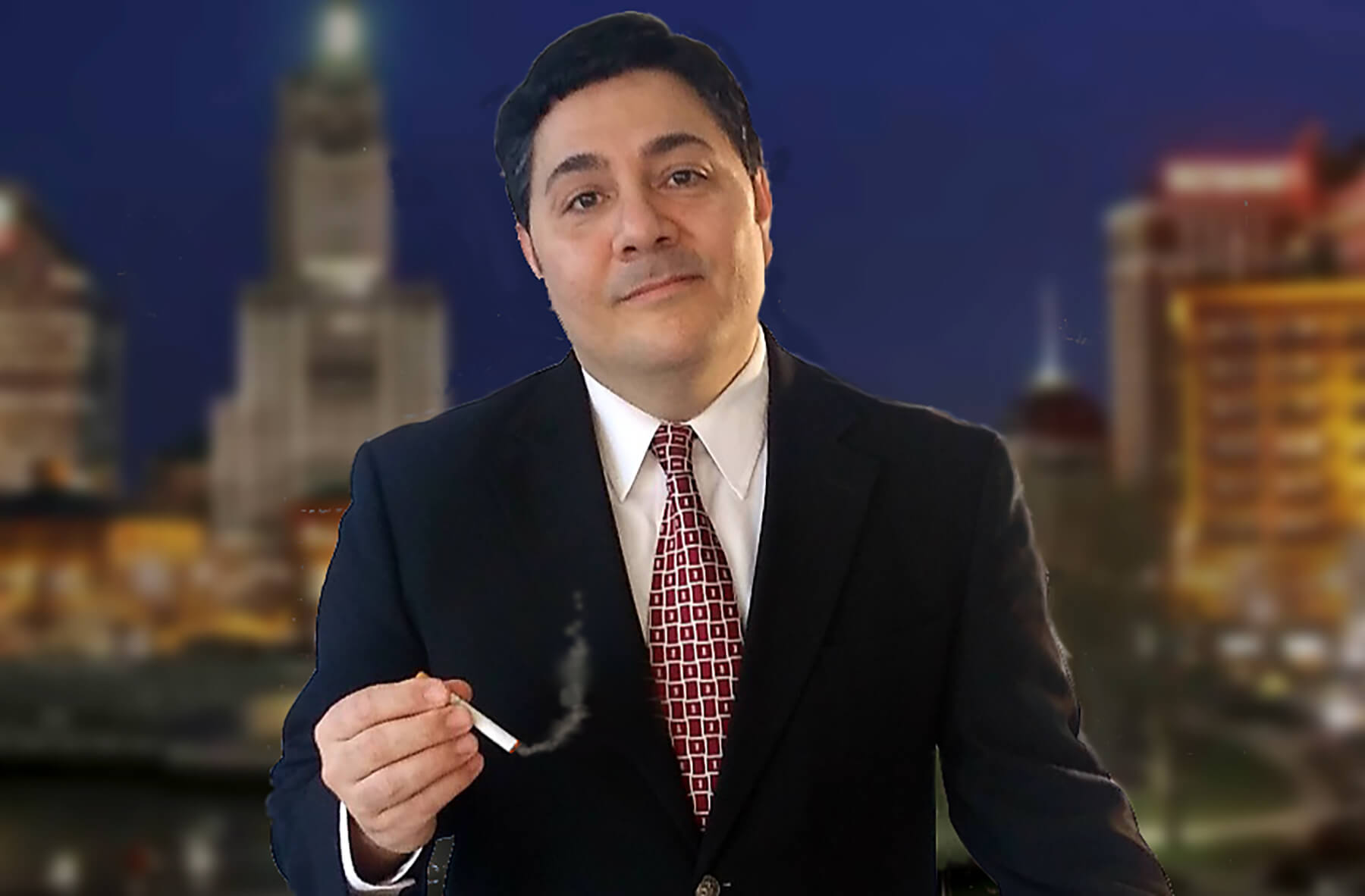 Actor and playwright Nick Albanese is portraying former Providence Mayor Vincent “Buddy” Cianci in a new one man show, “Buddy: One Last Night”, which runs from June 15 through 19 at the Park Theatre in Cranston.

Cianci was the longest serving Mayor of Providence, holding the office for a total of 21 years. He is credited for the city’s “renaissance” – a period of improved tourism and economic growth. In 2000, the FBI launched “Operation Plunder Dome”, an investigation of corruption in Cianci’s administration.

Cianci was convicted on one count of racketeering conspiracy in 2002 and served four years in a federal prison. After he was released, he made a comeback. He hosted his own radio show on WPRO and was hired as a political commentator for ABC6. In 2014, he ran again for Mayor unsuccessfully. Cianci passed away in 2016 at the age of 74.

“I always found him to be a fascinating character,” Albanese said, noting he has been told he resembled Cianci for much of his life. “Bigger than life, people loved him. People hated him. He really put Providence on the map.”

Albanese majored in theater at CCRI (Community College of Rhode Island). By the late 90s, he got involved with television and film. In 2007, Albanese appeared in a few episodes of the Showtime series, “Brotherhood” as Councilman Charlie Hacker.

In 2015, Albanese debuted his one man play, “The Last Sicilian,” which became a sensation. “The Last Sicilian” had a two week run Off-Broadway in New York City in 2018.  Albanese said this allowed him to launch Last Sicilian Productions, where he wrote and produced four more plays between 2016 through 2020.

To prepare for the role, Albanese read the best-selling book “The Prince of Providence” as well as Cianci’s memoir “Politics and Pasta.”

As for “Buddy: One Last Night,” Albanese promises an interactive experience for the audience.

“Buddy’s talking directly to you, he’s telling his life story from when he was (young) all the way up to Plunder Dome,” Albanese explained.

Albanese remembered meeting Cianci when he was just a boy. Years later, the two ran into each other again on Federal Hill: “He remembered me. His memory was unbelievable. He remembered me as ‘little Buddy.’ I would call into his radio show. He knew me as ‘young Buddy’ or he would call me ‘Nick the actor.’”

Performing is a gratifying experience for Albanese, who enjoys the “instant reaction” from the audience.

“You get the feedback right away. If something works, you can feel it. You can feel the energy from the audience. It’s like a drug. It gives you a high,” Albanese added.