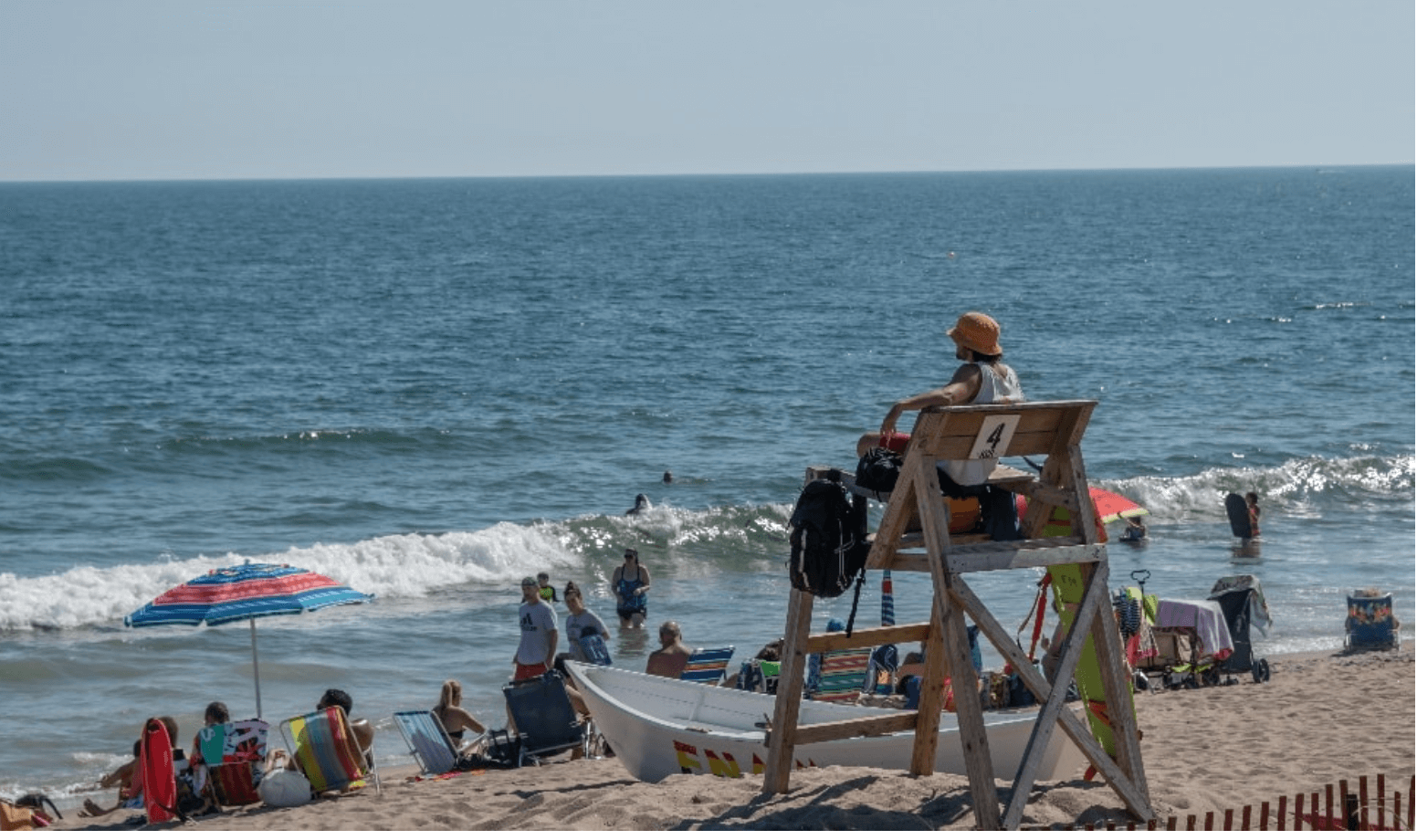 Preparing beaches for reopening takes priority, given forecasts of temperatures expected to soar to the mid-90s later this week, according to an announcement from the DEM.

“The natural assets that DEM manages for the public include 8,200 acres of parklands, 1,000 campsites, 400 miles of hiking and biking trails, 200 fishing spots, 67 unique recreational areas, 25 parks, and eight surf beaches,” said DEM Acting Director Terry Gray. “As relieved as we are that Tropical Storm Henri did not have the severe impact on Rhode Island that we feared could happen, our properties took some knocks during the storm, especially with downed trees and limbs, and I am proud of the response of our experienced and professional employees both for the advanced planning and the quick action to get those facilities ready for public use again.”

State beaches are closed today while crews clean up debris and rake and smooth out sand, which the storm surge pushed higher up the beachfront in some areas. East Matunuck State Beach in South Kingstown and the Charlestown Breachway are without power. Reopening them will depend on when power is restored. Otherwise, tomorrow DEM plans on reopening Scarborough North, Roger Wheeler, and Salty Brine state beaches in Narragansett, East Beach in Charlestown, and Misquamicut in Westerly. As DEM announced Friday, Scarborough South State Beach is closed weekdays and open weekends only for the last two weeks of the season.

Only one state park is closed today: Beavertail, in Jamestown, due to high surf. All other parks are open but in the process of being assessed and cleaned. DEM urges the public to stay away from any downed trees and to contact DEM (at DEM.RIparks@dem.ri.gov) in case they see any trees that are leaning, possibly indicating structural problems.

State campgrounds are currently closed. Staff is assessing and addressing storm damage. DEM expects to reopen George Washington Campground (Chepachet),  Fishermen’s Memorial Campground (Narragansett), and Charlestown Breachway (depending on power restoration) on Wednesday, August 25. Due to extensive tree damage, we do not expect Burlingame State Campground to reopen before Thursday, August 26. East Beach Campground (Charlestown) also is closed until at least Thursday, August 26, to allow for restoration work to the sand trail. Please refer to the DEM website for more information on refunds and rebooking.