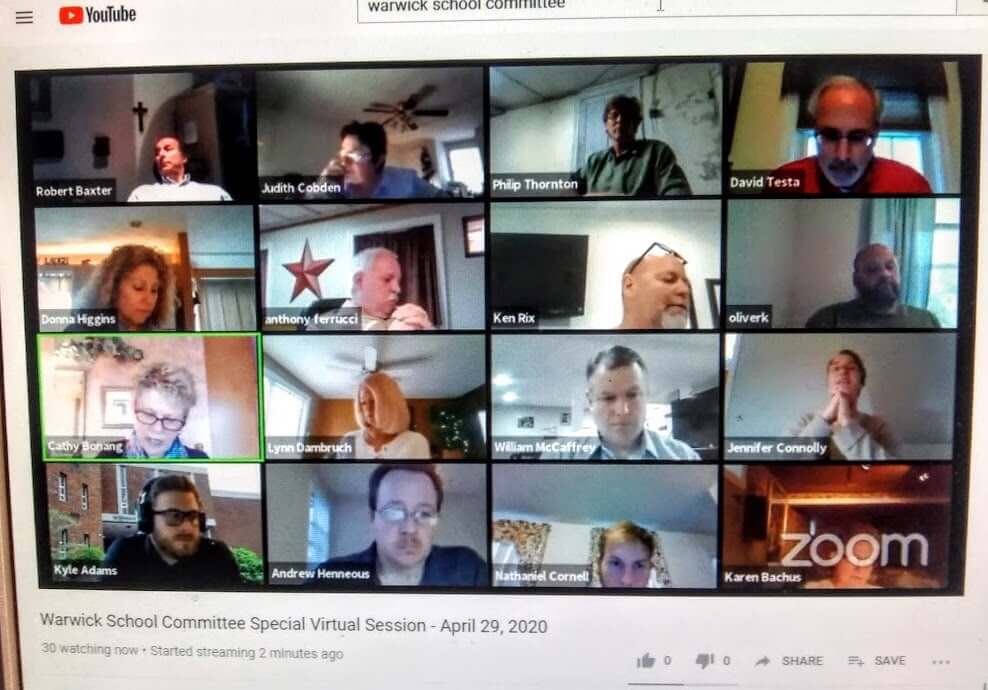 WARWICK — The fate of the 2021 school budget remains up in the air as the School Committee pondered an $8 million cut from Superintendent Phil Thornton’s budget proposal Wednesday.

If the Superintendent’s budget is approved, the school department’s budget next year will total $181,438,668.

That figure is an increase of $11,980,824 over the current fiscal year budget, according to Anthony Ferrucci, the Director of Finance and Operations.

The committee members agreed at their April 21 meeting that the increase was not feasible and set out to shave the amount by $8 million.

Ferrucci said Tuesday the committee now has until May 8 to deliver their budget to the City Council.

The committee will meet on May 5 and 6 to finalize a list of reductions. Ferrucci requested the members deliver their individual lists of possible cuts to his office by noontime on Monday.

There was widespread outrage over a proposal to eliminate technology integration specialists from next year’s budget. Over 50 letters were sent by parents and teachers complaining about the matter.

One of the letter writers said getting rid of the positions would be a “grave mistake.”

Committee Chairperson Karen Bachus also voiced her opposition to the cuts, noting the technology specialists “are part of the lifeblood of the twenty-first century education in the Warwick schools.”

Regarding the work the committee has in front of them, Bachus was blunt in her assessment of the need for major reductions: “We’re going to have to go through everything, line by line.”

The School Committee commissioned an independent outside audit to offer an opinion on the fiscal efficiencies within the school department and to offer potential cost saving strategies, Ferrucci noted at the April 21 meeting.

“As of April 10, 2020, the program audit has been in progress for over seven months,” Ferrucci added: “According to the November 2019, Phase I report, page 67, the conclusion is: “Lastly, though the District may encounter savings opportunities over time, at present, it should expect the need to request approximately $8,000,000 more funds from the City in order to operate the District in Fy21. Regardless of the outcome of Phase II of this project, the District must explore contractual concessions from its collective bargaining units.”

“I think we have some real serious gut-check to do,” said Testa. “We all know hard it was last year and the ask was significantly smaller. We are all in this together. This committee has to do whatever it has to do to get to that number.”

“We’re going to have to go for the big items,” said committee vice-chair Judy Cobden. “I don’t believe we should be cutting things that are helping our children’s education.”

During Tuesday’s meeting, the committee approved an expenditure of $4, 896 for face mask supplies and more than $10,000 for sanitizing supplies to combat the spread of coronavirus.

A contract of $3, 837 was awarded to Trane U.S., Inc. for the repair of the HVAC system at Toll Gate High School.