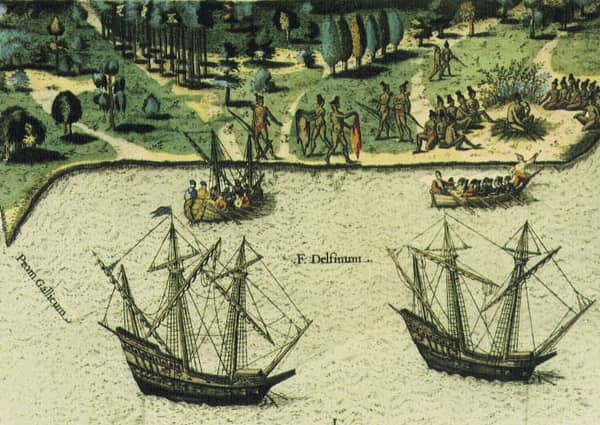 WARWICK, RI — Today marks the annual commemoration of Columbus Day, a federal holiday honoring the explorer Christopher Columbus, who landed on an island in the Bahamas in 1492, long credited with discovering America, now also credited with less honorable deeds.

The holiday has grown increasingly problematic as communities reckon with the historic figure’s recorded acts of slavery and other atrocities.

Tellingly, in 2019, Google’s icon doodle did not link to a frank history of Columbus’s exploratory deeds, but rather to a page celebrating the scientific contributions of Belgian physicist and mathematician Joseph Antoine Ferdinand Plateau. Last year, and this year, Google’s usual icon is unchanged.

In some places, the holiday has been replaced with Indigenous Peoples Day, a switch that was born in 1977, at a U.N. conference in Geneva, Switzerland, in recognition of discrimination against indigenous populations in the Americas, according to the Unitarian Universalist Association.  South Dakota chose Native American Day in place of Columbus Day in 1990, and Hawaii has long celebrated Discoverers Day in its place. Alaska, Minnesota, and Vermont also observe Indigenous Peoples Day.

In 2018, Columbus, OH itself discarded its ties with Columbus Day, cancelling its annual observance of the holiday.

Non-essential government departments are closed, as are many corporations.

In Warwick, city hall and the school department are closed for the holiday. Trash and recycling are delayed one day.