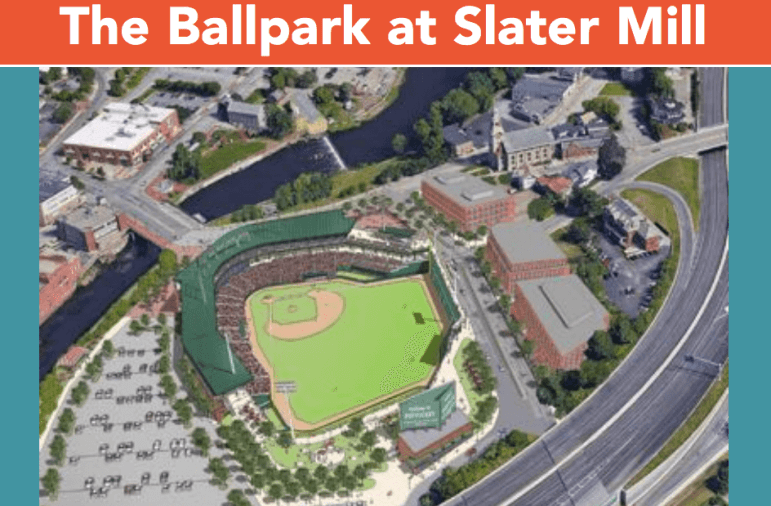 WARWICK, RI — With the third of six RI Senate hearings on the Pawtucket Red Sox $83 Million proposal for a new stadium at Slater Mill scheduled for tonight at URI, the RI Central Chamber of Commerce is weighing in with their support.

“The Chamber’s Board of Directors reviewed the proposal; discussed the business model, the history of the team and leadership, the financing proposal, and the potential impact to the state. They saw this proposal as an opportunity for Rhode Island, a tool for economic development, and on the merits of the numbers an excellent opportunity. The proposal, if adopted as submitted, will create 400 jobs, encourage ancillary development to help revitalize downtown and broaden the tax base. The taxes generated by the activities at the Ballpark will repay the bonds issued.” said Jo‐Ann Schofield, Chair of the Central Rhode Island Chamber Board.

“The plan is not simply a ballpark, it is a multi‐ faceted complex that has potential to generate revenue twelve months a year while keeping the Pawtucket Red Sox in Rhode Island and providing access and benefit to all Rhode Islanders. Football in the fall, hockey in the winter, lunch on the outfield, park benches and picnics along the river are all part of what will be available to the community with this project. The five year ticket freeze on general admission seating only strengthens the position that the PawSox are committed to continuing the family friendly and accessible activities they have been known for. The development of the Ballpark at Slater Mill and the surrounding area will dramatically change the Northern Gateway to the state of Rhode Island and serve as a catalyst to broader economic development,” said Lauren Slocum, President/CEO of the Chamber.

The remaining Senate hearings are listed below: