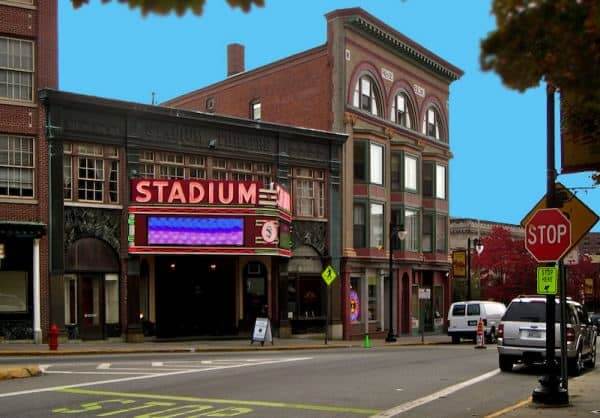 WOONSOCKET, R.I. — If you were caught with unused tickets by the sudden shuttering of Ocean State Theatre on Jefferson Boulevard last month, Stadium Theater in Woonsocket has got your back -the northern RI venue will accept tickets for cancelled OSTC performances.

“The Stadium Theatre family is saddened by the loss of one of Rhode Island’s reputable theatre companies. We understand firsthand how difficult it is to operate a performing arts centre. It is our wish to lessen the loss in our theatre community incurred by this unfortunate closure.” stated, Cathy Levesque, Stadium Theatre, Executive Director/CEO.

Ticket holders and subscribers for cancelled OSTC shows will be eligible to exchange their tickets at the Stadium Theatre Box Office for the following theatrical performances:  Bring It On, Green Day’s American Idiot, Disney’s Beauty and the Beast, Mulan Jr., The Lion King Jr., The Hunchback of Notre Dame, Madagascar A Musical Adventure Jr., Footloose The Musical, A Christmas Carol, Forever Plaid, West Side Story, A Chorus Line and Shakespeare and Company’s Othello.

OSTC ticket holders and subscribers will be eligible to make their exchange in person at the Stadium Theatre Box Office once the Stadium’s 2017-2018 season opens for sale on June 26, 2017. Exchanges will be accepted through July 30, 2017. Stadium Theater is a 35 minute drive on Rte. 295 from OSTC’s Jefferson Boulevard location.