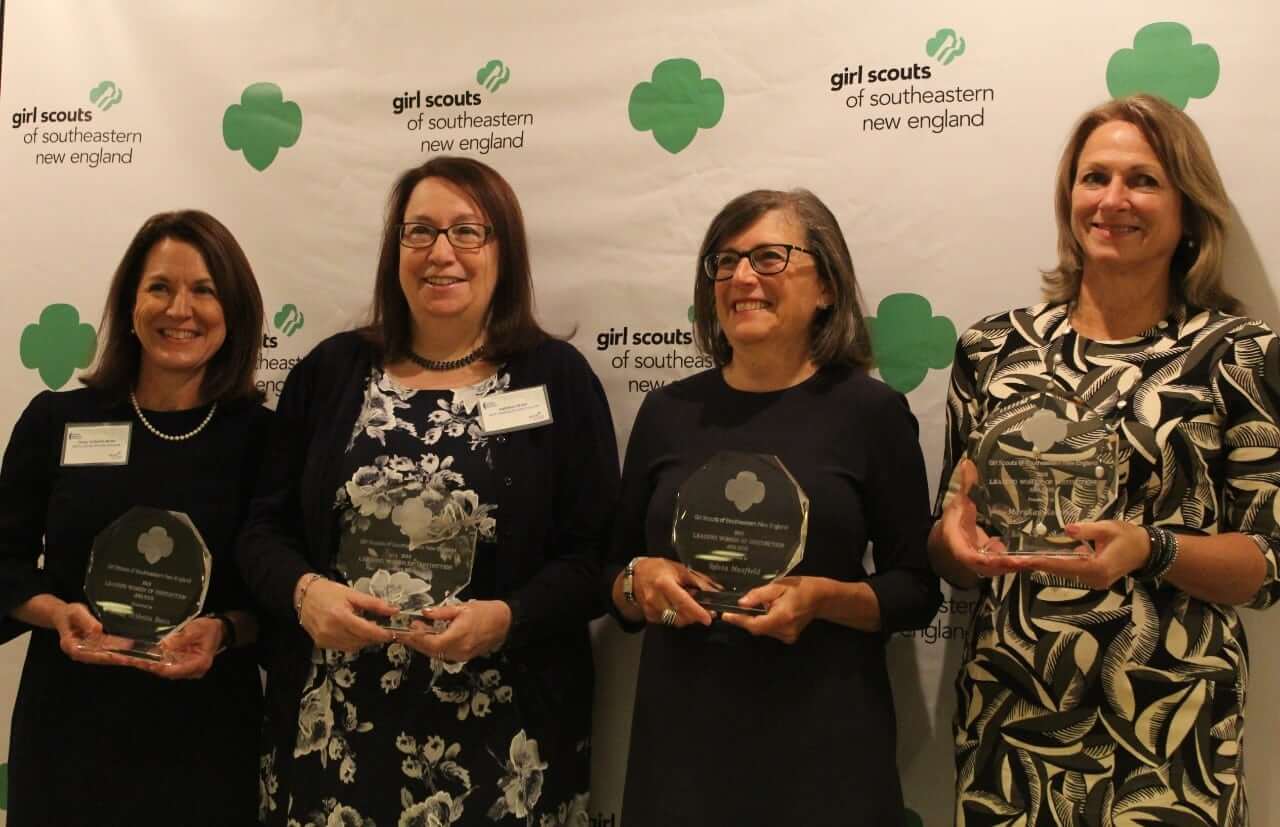 Anyone can nominate a woman who exemplifies the Girl Scout mission of building girls of courage, confidence and character who make the world a better place; women who demonstrate qualities of leadership and excellence in their life in whatever way you know them. Leading Women of Distinction Honorees are exemplary female role-models for the next generation who emulate the Girl Scout G.I.R.L. spirit of Go-getter, Innovator, Risk-taker and Leader throughout their careers and serve as inspiring examples for the young girls in our communities.

The LWD selection committee will consider nominations of women who have contributed to the community through professional, family, volunteerism and/or personal endeavors.  You do not need to be a Girl Scout in order to qualify.

“We look forward to receiving nominations for the leading women of distinction in your lives who lift up the ideals we seek to instill in every Girl Scout member – courage, confidence, and character.  Who are the role models you’d want our Girl Scouts to emulate?” said GSSNE CEO Pam Hyland.

Last October, the four women honored during the awards were:

Since 2015, the GSSNE Leading Women of Distinction Honorees have been a direct reflection of what Girl Scouting stands for—they are both impressive and inspiring. GSSNE hopes that through positive, girl-led experiences and exposure to strong, female role models, all girls are able to thrive in the direction of their ambitions and lead lives full of courage, confidence and character. To learn more about the 2020 Leading Women of Distinction Awards and to nominate a qualifying candidate, visit their website.

Girl Scouts of Southeastern New England, in partnership with 2,700 adult volunteers, serves 6,500 girls from Rhode Island, thirteen communities in southeastern Massachusetts, and Pawcatuck, CT. For additional information, visit www.gssne.org, follow @GirlScoutsofSNE on Twitter, and like us on Facebook at www.facebook.com/GSSNE.