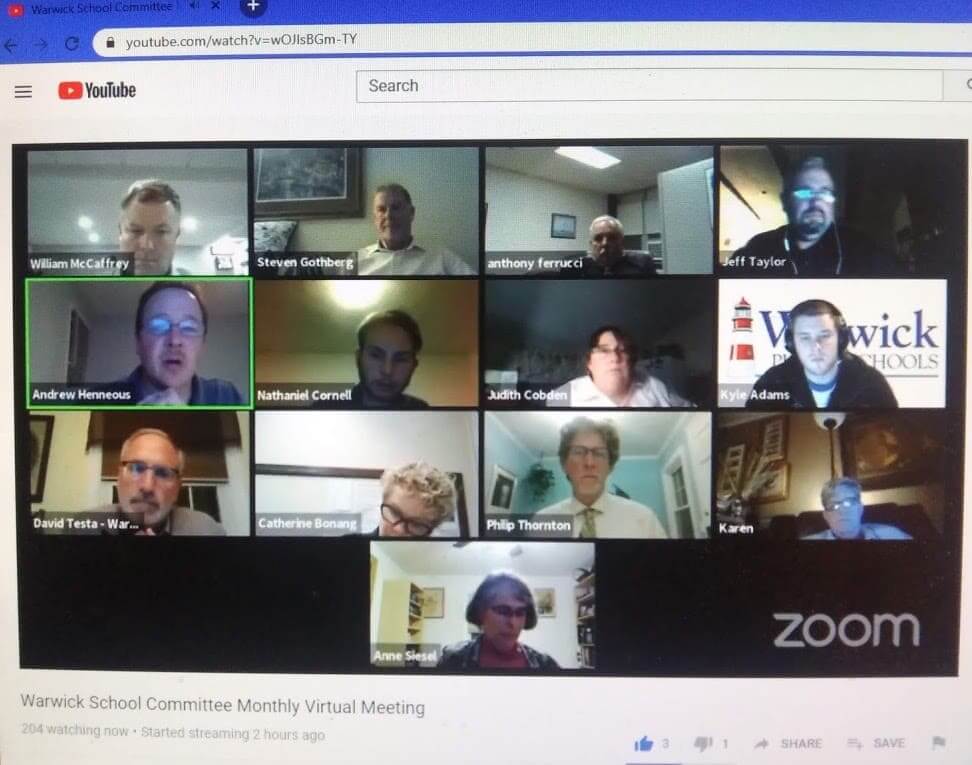 The $40 Million bond for the summer building projects paid for new roofs for Norwood, Hoxsie, Lippitt, and Robertson elementary schools. New fire alarms have been installed at Greenwood, Lippitt, Park, and Warwick Early Learning Center at John Brown Francis. Abatements were conducted at Hoxsie, Cedar Hill, Holliman, Sherman, and Wyman. ADA upgrades were performed at Holliman, Lippitt classrooms and restrooms, at Vets and at Wyman.

“The vast majority of the projects came in under-budget and on time,” said Committee member David Testa. “We are making very meaningful investments in these buildings and when done, these buildings will be very conducive for modern learning.”

The school department is seeking the voters’ approval of a $56 million bond for school repairs. $26.8 million will be designated for installing new heating and air conditioning systems for all elementary schools. Another $13.7 million will be used for windows and door replacements at all elementary schools, Warwick Vets Middle School, Winman Middle School, and Drum Rock.

“It’s crucial that people go out and vote (for the next bond),” said Committee Chairperson Karen Bachus.

The Committee discussed returning to in-person meetings. The meetings have been held virtually since March due to the coronavirus pandemic. The biggest obstacle is the state 15-person limit for indoor gatherings.

“It doesn’t make a lot of sense because the public can’t come in,” Bachus noted. “It’s a matter of getting the jobs done.”

“I just don’t understand how logistically this would work,” said member Nathan Cornell.

“That is way more than we’ve ever seen in the Vet’s auditorium,” Adams stated. “I can’t see the amount of positives we would bring for us to meet in person.”

Classes have been held at Veterans Middle School, the Career and Technical Center, and Drum Rock Elementary School. Thornton explained again that the schools are being used due to their air circulation systems.

Thornton told the school committee last month the installation of HEPA filters in all the schools would be a “viable solution” to keeping schools safe from coronavirus.

Gothberg said the filters would cost $750,000 and would be paid for with federal funds. Electrical modifications will be made to all the schools before the units are delivered.

Students will be returning to schools on a staggered basis as the district anticipates the delivery of air purifiers on Oct. 23.

The committee also discussed the problems with distance learning and hoped to make some adjustments.

“We need to learn from each other,” said Testa. “I have confidence this can work. This isn’t carved in stone. We can make changes.”