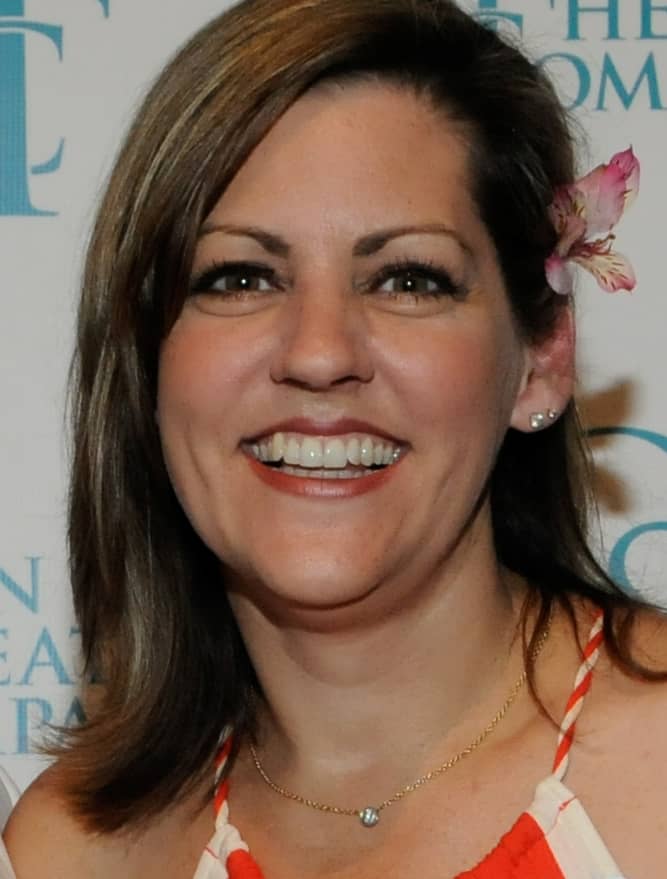 WARWICK, RI – Ocean State Theatre Company’s Producing Artistic Director,Amiee Turner, who won rave reviews for her portrayal of Mama Rose in Gypsy(2015) and last year’s concert event Once in Love, with Amiee, will take the stage in a brand new concert entitled, , on Saturday, February 18 at 7:30 pm.

Join Amiee for a night full of musical exploration of love and passion – the many different kinds of love we experience throughout our lifetime and the life passions which follow! This very special concert promises to be a night full of thoughtful, uplifting, exhilarating music. Twice in Love, with Amiee will be an evening of exhilaration, heartbreak, and fortitude – of broken hearts and everlasting love – a concert you’ll never forget.

Turner has had a long and eclectic career spanning three decades. Her Broadway credits include playing Phyllis in 42nd Street, original Broadway cast ofThe Will Rogers Follies, Jenna in The Goodbye Girl, original Broadway cast of My Favorite Year, playing every courtesan opposite Nathan Lane in A Funny Thing…Forum, and playing a beautiful Ednaette in Dame Edna: The Royal Tour. She also toured nationally as Kristine in A Chorus Line and Cassandra in CATS. AlthoughRhode Island primarily knows her as a director and producer, her extensive acting career includes performing at the Huntington Theatre, Goodspeed Opera House, Florida Rep, Martha’s Vineyard Playhouse, and Westchester Broadway Theatre. Additionally she founded A.I.S.O.P. Theatre Co. in New York City, co-produced and starred in the independent film Sunday on the Rocks, alongside Tony® Award-winners Cady Huffman and Julie White and directed by Emmy Award winner Joe Morton, and several television appearances including “Law & Order.” Her stage presence has been called “commanding” and her voice has been called “powerful” and “emotionally charged.”

Musical direction and accompaniment will be provided by concert pianist Tamra Stephenson, who is currently on staff at the French American School of New York. The concert will feature music from standards to contemporary, country to Broadway, representing composers such as Harold Arlen, Marvin Hamlisch, Norah Jones, Carole King, Rodgers & Hart and more.

The proceeds from Twice in Love, with Amiee will benefit Ocean State TheatreCompany’s Annual Fund for Artistic Excellence, which ensures that programming and casting choices are made based on the highest artistic standards, rather than being influenced by economic factors. Although OSTC prides itself in hiring approximately 60% of its performers and creative team from the greater Rhode Island area, the Fund for Artistic Excellence allows OSTC to combine the local talent with talent from across the country, which benefits the production quality, the local economy, and the local talent!

Twice in Love, with Amiee, starring Amiee Turner, will be presented at Ocean StateTheatre on Saturday, February 18 at 7:30 pm. The theatre is located at 1245 Jefferson Boulevard, Warwick, RI. All tickets are $39. Tickets are on sale at the box office Monday through Friday from 12 noon – 6:00 pm, Saturdays from 12 noon – 4:00 pm, and from 12 noon until curtain on performance days. Tickets are also available online 24 hours a day at www.OceanStateTheatre.org and via telephone during normal box office hours by calling (401) 921-6800.