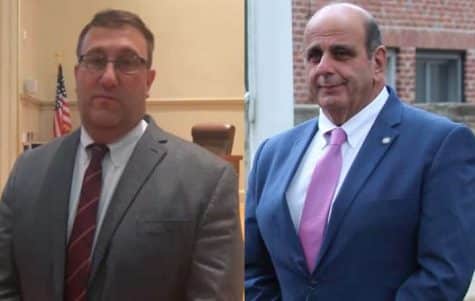 DePasquale left City Council chambers shortly after Merolla likened the administration’s disregard for the charter, requiring a city solicitor to be reviewed by the City Council before that person is allowed to hire additional lawyers, to a dictatorship.

“I’m very well aware of city ordinance and I’m complying with it,” Solomon said Tuesday. He said he was not able to find a city solicitor for a reasonable price, so he hired the four attorneys, none of them holding the title of solicitor, to handle various legal matters for the city instead.

“Since taking office, I have interviewed several candidates for the solicitor’s position, and, while they have broad knowledge of legal matters, their expected compensation to be the permanent City Solicitor was too exorbitant for our taxpayers to afford,” Solomon said in a statement sent in reply to WarwickPost.com’s questions about the Oct. 7 meeting. “While these attorneys represent Warwick in all legal matters, I have been and continue to search for a qualified and affordable city solicitor.”

“I think the charter is clear,” said Merolla Tuesday night after learning Solomon’s reasoning for not submitting one of the four lawyers hired by the city as a city solicitor for council review.

Louis A. DeSimone, Jr., Esq, handling Licensing Board and commissions.

Attorneys  Steven Robinson and Vincent Ragosta are also retained as legal counsel on an hourly basis for labor and education related duties as needed, Solomon said.

Merolla said that a lawyer handling criminal prosecution for the city is, by definition, a city solicitor. “I don’t know how you get around that one,” Merolla said.

He also questioned where the $162,000 to pay the four attorneys was coming from.

“What line item is that coming out of?” Merolla asked.

Solomon did not volunteer that information in his statement explaining the total pay and duties of the four attorneys. He had not responded to a question asking which line item the funds come from as of the posting of this article.

Merolla raised the question of the solicitor approval process during the Oct. 7 meeting when the city council’s finance committee settled on an $18,000 tax abatement for property owned by Citizen’s Bank. The property was originally assessed at $3.6 million, but the assessment was instead set at $3 million, reducing the assessed bill, according to Councilman Ed Ladouceur. The Finance Committee had voted to settle at the $3 million, and were not able to  consult a solicitor, he said.

Merolla, who has spent several years on the Warwick City Council, said the city’s current approach to legal representation is a first.

“In the 20 years I’ve been on the council, we’ve never not had a city solicitor,” Merolla said.