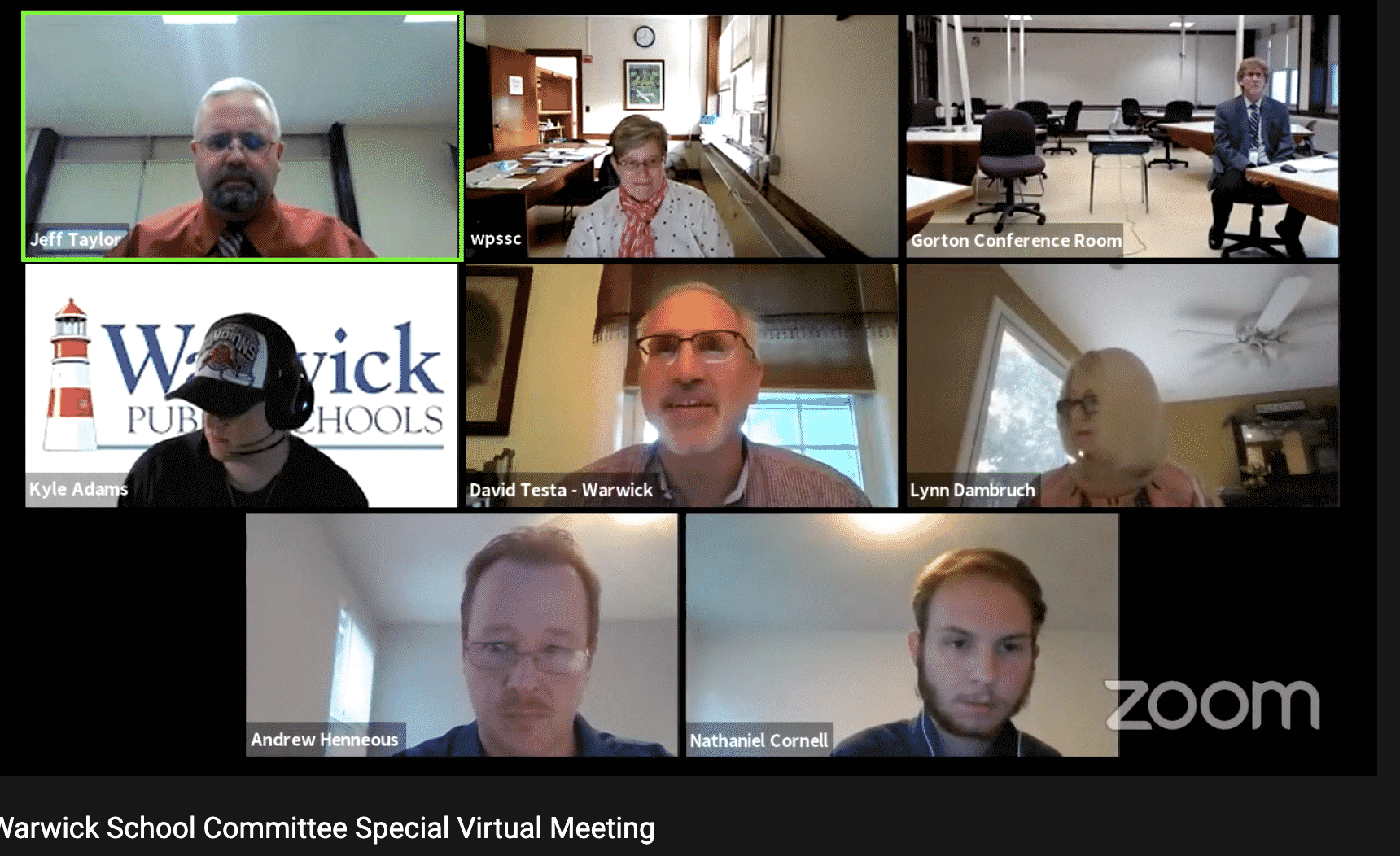 The Committee did not vote on any items during the meeting, focusing on discussion of the topics prior to Friday morning’s meeting.

Superintendent Phil Thornton told the Committee that Arden Engineering consulting with the state had sent an expert Monday to tour Oakland Beach and Park Elementary schools, inspecting air quality and methods of increasing ventilation to minimize risk of COVID-19 infection among students, teachers and staff.

“I think it fundamentally changes some things that we’ve been struggling with.” Eliminates fire code concerns and air flow issues.

Facilities director Steven Gothberg said he and Arden engineers  walked both Oakland Beach and Park Elementary – oldest and newest schools – on Monday. During that walk they discussed opening windows, how far to open. opened exterior doors, classroom doors,  and windows.

Three schools have basements, however, which presents a problem.  “One of the problems there is how do we get air moving in those areas.” Also, in a few schools there is no cross ventilation because windows can only open on one side.

Letters from state and local fire marshals attest  interior classroom doors can be propped open as long as the teacher remains in the classroom. If teachers and students leave, the doors should be closed immediately, Gothberg said.

Testa, responding to a public comment that standards on distance learning were not uniform through Warwick classes, encouraged teachers to raise the issue with principals and the administration. “There is no excuse to have a variety of standards on DL,” Testa said.

Testa also pointed out that opening windows for ventilation will naturally depend on unpredictable weather. He was not in favor of opening exterior doors at the schools.

But, he said, the secondary schools are going to be more difficult to manage air flow in, since many of those classrooms lack windows. Testa continued, saying the district should set an aspirational goal to return all students to school every day, five days a week. But, he said, students may have to be placed as close as three feet from each other, which parents may have to sign off on if they want their child to attend in-person classes.

“I think this Committee has rightfully been cautious because that was the right thing to do,” Testa said, “I think we are in this to make sure that once we put our kids in the building we are putting them in to the best possible scenario that we can create within the restrictions that are placed on us with our infrastructure.”

“I don’t want to have children in a windowless classroom,” said Committee member Nathan Cornell.

Superintendent Phil Thornton noted there are limits to using windows, particularly as the weather grows colder, which will spur some people to close the windows, creating an airflow problem.

“On most days, this will work on most classrooms.” Thornton said.

“The most is where I get very wary,” Adams said, continuing with a question for Gothberg about whether airflow and wind are likely to be as reliable in other areas besides Oakland Beach, which is near the beach and therefore more prone to wind.

“This is a very variable situation. The wind is variable, the locations are variable, elevations are variable. So it will not be exactly the same at any school. And, orientation of the building is different,” Gothberg said. Even so, schools are likely to get some ventilation unless there’s a very still day.

Testa noted that Warwick Veterans School is likely to have some space freed up as elementary special ed programs transition back to their original locations later in the year, which give them an opportunity to use that space. He also asked Thornton how the district would deal with what he called a “COVID gap,” or learning detriiment Warwick students are likely to suffer due to distance learning and the disruptions required for in-person learning during the pandemic.

Thornton said each grade has about eight standards that matter most, and that the district is working on benchmark assessments to make sure students are learning the essentials they’ll need to make it in the next grade.

“That means you don’t cover everything, and that’s OK. Covering has kind of been like a curse of education in our country. You cover everything, right? But if you really focus on the things that matter most, that sets them up kids for the next thing,” Thornton said.

Bachus said the Committee and teachers need the information the most important teaching priorities to make sure Warwick Schools are aiming for those goals.

Mr. McCaffrey told the School Committee that there are 369 students, and 22 available classrooms on the D wing of Warwick Veterans School (where ventilation is deemed adequate during the pandemic), facing the fire station.

“We could accomodate 369 students in a hybrid model in that area of the school, and we wouldn’t have any difficulty providing an education to the students based on the current schedule, as long as we’re in a hybrid situation,” McCaffrey said.

Thronton noted that begs the question of equity, given that Winman School isn’t able to offer the same, similarly safer space to sixth-graders.

Assistant Superintendent Lynn Dambruch advocated for holding classes for the sixth-graders in Warwick Veterans School. “I think it would be a shame not to bring those students back and fill those classrooms up,” she said.

“Mrs. Dambruch I am in complete agreement with you.” Bachus said. She said students should be brought back as much as possible.

“If there’s a space, let’s fill it,” Testa agreed.